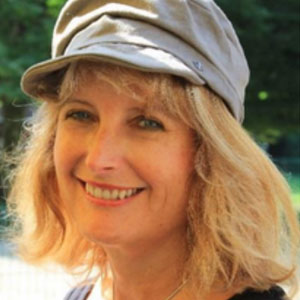 Beryl produces and directs Film, TV drama and comedy. In UK TV, as lead director and producer/developer, she’s helped create many popular UK teens and kids series, for which she has been awarded 4 BAFTA’s, and 2 Int. EMMY nominations, most recently in 2016 for BBC/ABC interactive comedy Secret Life of Boys. Her current production for CBBC is drama Joe All Alone, which will air in April 2018. Beryl’s latest film, Firework, screened in competition at Heartland USA and Bristol Encounters in 2016, and is part of Wrong Planet, a feature drama/documentary made with her son Joe, based on his life in a special school. Beryl’s short films have been shown in 60 international festivals. Her feature script Runaway won the VFF screenwriting prize at the Berlin Film Festival. She is currently writing Snowbirds as a stage play commissioned by BBC4 for the 2018 Edinburgh festival. 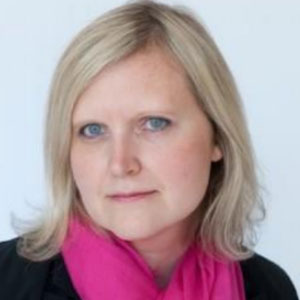 Elizabeth is an independent programmer and consultant with 15 years of experience in international children’s content. Previously, she acted as the Director of the TIFF Kids International Film Festival – one of the world’s largest and most prestigious childrens’ media festivals – and Director, Youth Learning of TIFF, where she managed all aspects of the organization’s extensive year-round programming for children, youth, schools and families.

Elizabeth also programmed the TIFF Kids selections at the Toronto International Film Festival ® where she has developed strategic industry partnerships with world-leading studios and institutions. Elizabeth most recently sat on the 2017 jury for The Golden Elephant Film Festival, the 2017 Banff World Media Festival Jury and the 2016 Cinekid Junior Co-production Market Best Project Jury. 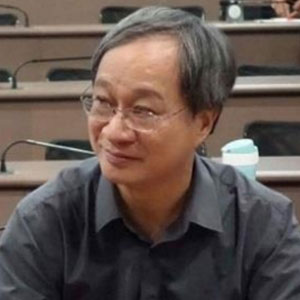 From proses, novels, children’s literature to movie scripts, Yuan has published 100 books and 20 screenplays and won numerous awards, including the Golden Horse Award for Best Original Screenplay and Best Screenplay at the Asia Pacific Film Festival. He is credited as the initiator of Taiwan’s New Wave cinema movement in the 80s when he worked at the Central Pictures Corporation (now Central Motion Picture Co.). Over the years Yuan has been active in the fields of literature, film/TV production, education reform, and social movement. He was the manager of Programming Department at the Taiwan Television Enterprise (TTV), President of Chinese Television System (CTS). Now he is the principal of Taipei Media School, an experimental school aims to cultivate talents for the film/music production industries. 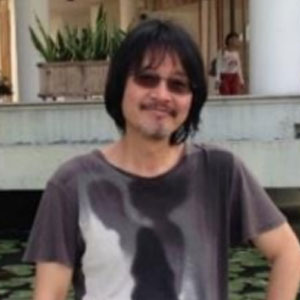 Po Liang is a devoted animation director and the owner of Green Paddy Animation Studio. In 2005-2006, his animated short A Fish with Smile won many international awards, including the Best Animation of 51st Asia-Pacific Film Festival and the Special Prize of the Deutsches Kinderhilfswerk. Jokes, his animated series Jokes won the mipcom Mobile TV Award as the Best Original made for Mobile Film or Video Content. Recent years he is working on an animated feature set in Taiwan of the 70s. 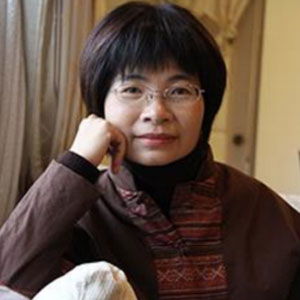 Dr. Hung received her PhD degree in Psychology Counseling from University of Durham in United Kingdom. She is teaching at graduate institute of Educational psychology and counseling in National Taipei University of Education and she is also the licensed clinical psychologist, analyst of IAAP and licensed drama therapist. Her research interests are childhood sexual abused traumas, victims of the domestic violence, intervention plan for government agency, and quantitative research for sexually abused children. She has been worked with children and women who had been victimized by violence for more than ten years and her clinical specialty are psychological counseling for sexually abused victims. 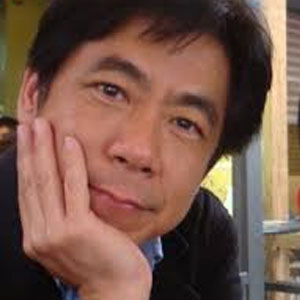 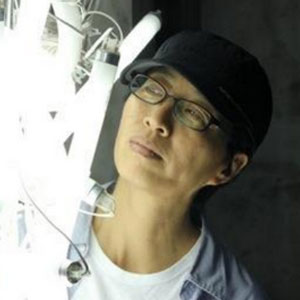 Angelika is a senior festival organizer and producer as well as a documentary filmmaker. She first worked at the theater then the film industry with many famous Taiwanese directors, including HOU Hsiao-hsien, Edward YANG, Sylvia CHANG. Over the last decade she has been a distinguished programmer to many film festivals, including Taipei Golden Horse Film Festival, Taiwan International Documentary Festival, and Taiwan International Children’s Film Festival (TICFF).

Recently, she has devoted her works to video programs for educational workshop from children, teenagers to adults. The road movie she produced, Island Etude (En CHEN, 2007) not only won the jury awards of Taipei Film Festival and Asia Marine Film Festival, it sprouted the bicycle fever across the nation till this day. 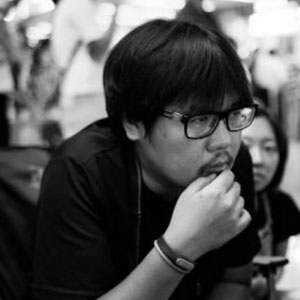 Jim absorbed everything about movies from reading, writing and watching films. He started making films in the Graduate Institute of Journalism, National Taiwan University. Jim’s television dramas have won numerous nominations for the Golden Bell Awards, the highest honor in TV production in Taiwan. In 2009, Jim won the Golden Bell Awards for Best Miniseries, Best Miniseries Director and Best Miniseries Screenplay, and was nominated for the Golden Horse Award for Best New Director in 2012. Now he is working on a 90-minute TV drama commissioned by Public Television Service (PTS). 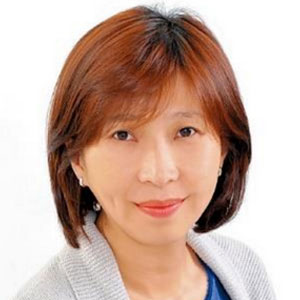 Amy was a financial journalist but turned to children’s book publishing in 2006 for her two lovely kids. She soon gained recognition in the publishing industry. In 2008 she launched “CommonWealth Parenting” magazine, an educational magazine for parents of children aged up to 15. Now CommonWealth Parenting has become a brand that covers publishing, digital content, events and many more, and Amy is the CEO. Her goal is to build an influential and trustworthy platform for parents and educators. 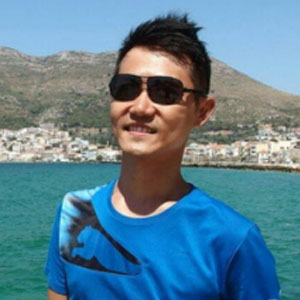 Eric had worked at major film distributors and organized film festivals. As a die-hard movie fan and an elementary teacher, he initiated “movie-integrated instruction” at his school with great success and won the Taipei Outstanding Teacher Award for his original practice. Now this movie appreciation program has become a feature of the school, and Eric has been invited to give speeches and workshops to share his experience on using movies as a teaching tool. He also published books for the teachers and families on how to assist the kids to “read” a movie. 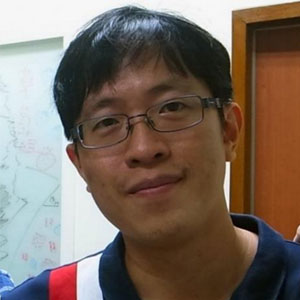 CHANG Yen-jung is a Taiwanese animated film director and theorist. He studied inthe School of Film and Animation in Rochester Institute of Technology, USA. Aftergraduation, he worked as an animator in Buffalo and Los Angeles. In 2006, CHANGreceived a scholarship from the Ministry of Education in Taiwan to do a PhD degreein the School of Creative Media, RMIT University, Australia. He obtained his PhD in2009 and came back to Taiwan to teach at university. As a director, CHANG has madefour animated short films. Moreover, he is a researcher focusing on animationtheories and practices. Currently, CHANG teaches in the Department of Graphic Artsand Communications at the National Taiwan Normal University. 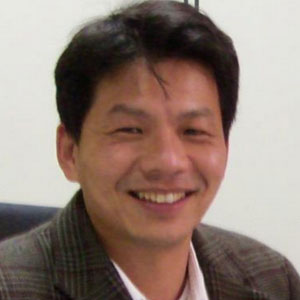 Shih-Kai got his doctorate in Computer Science from the George WashingtonUniversity in the United States, and is now the Vice President and Dean of AcademicAffairs of National Taiwan University of Arts. He is also a professor of the Departmentof Multimedia and Animation Arts. Shih-Kai is committed to the education ofcomputer animation and has published numerous articles on animation. He was thedirector of Animation & Comic Creative Association in Taiwan (ACCA-TW), served asan animation technical advisor at Apply technology Ltd., Taiwan, and also thechairperson of ACM SIGGRAPH Taipei Chapter. He has been a juror for Taiwan’s Government Information Office, National Science Council, Council for Cultural Affairs,the DigiCon6 ASIA of TBS (Japan), the 2011 China (Changzhou) InternationalAnimation Festival.